Orcadian out and about

We decided, after seeing a post on Twitter, to go and have a look at the Model Show held at the Grammar School in Kirkwall. The show is held bi-annually and I must confess we have never been before, (shame on us). The first thing that amazed us was the number of collectors and the second thing was how diverse the collections were.

I snapped a few photos on my phone to show you. 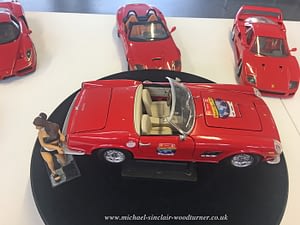 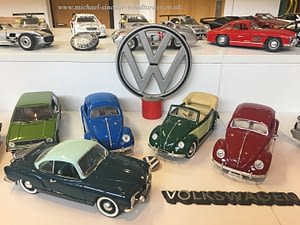 Then there were cars. Every model of every era you could possibly think of. (some even with show girls 🤣🤣). Couldn't resist the VW Beetles, one of my favourites.

Then there were all models of other vehicles, lorries etc. I have a bit of a passion for Landrovers so had to snap them and the buses were beautiful.

Moving onto diggers, tractors and every kind of machinery you could possibly think of. We loved these ones that had been made to look used.

And then there was Action man. Lots of Action men, quite liked this one.

As you would expect there were a lot of trains of all sizes, some running, some just on show, but all incredible.

The next thing you would expect is model boats again incredible ones, oh and lots of model planes too. Here is Michael looking at a model of The Royal Oak built by Paul Tyer of Peedie Models

Now I know when you blog you shouldn't have favourites, but I will apologise in advance because i do and this is it. Not the biggest stand, but the detail. It was a complete mix-match of styles, eras, etc, but it was absolutely fascinating. It was tiny, I don't know what the official scale would be, but very very tiny and such fun. You could have stood there for at least an hour and found new things in it. Little animals, people, even a burnt out building, how random and cool. The train steamed round, flashing lights of all colours came from the Big Top, street lights were on and much much more. It just made me smile from ear to ear.