Another Petrosphere design has captured mr.orkwoodturners imagination. Always up for a challenge he disappeared to his workshop and with some head scratching and copious amounts of tea it came together. He started as usual turning a boxwood sphere and then pencil and compass in hand marked out the design. A plug cutter gave him the start and then carving, chiseling and sanding (sounds easy aye) it came together. A little extra touch was a black stud and then the usual polishing and buffing. All the petrospheres are so tactile and the size is just right for sitting in your hand. Being turned from boxwood or the lignum vitae ones, they have a good weight to them, which is very pleasing too. However, this one has gone up a notch and is so so tactile. I have had to put it down and not only that but send it on its way to Japan. 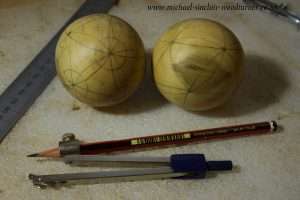 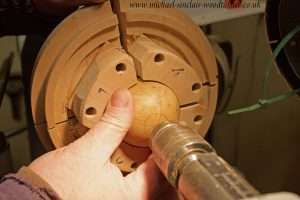 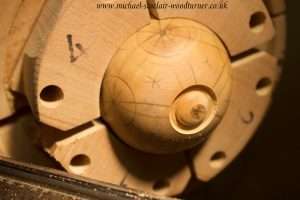 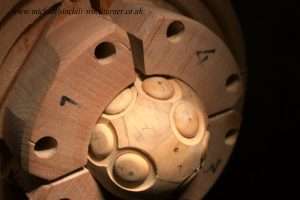 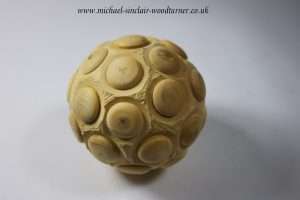 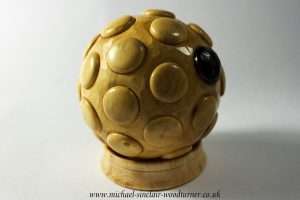