A little run over to the mainland of Scotland yesterday. An early start, catching the 6.30am ferry, got us across the water by 8am to begin our day. The A9 wasn’t busy and the weather was on our side. As usual we used our time by listening to good old Radio 2 and putting the world to rights. Our journeys never seem long.

We arrived in Nairn just after 11am and the sat.nav. took us to our destination.

We were to meet Roger, but had a bit of spare time to have a look round. What a beautiful place, set in the trees, an old church, manse and courtyard, stunning. Going inside we feasted our eyes on the antiques, architectural salvage and many other things, should have put the trailer on too. 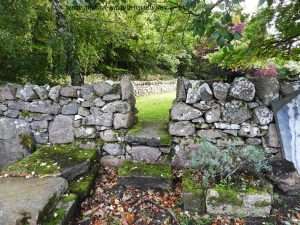 After meeting Roger (a gentleman indeed) we followed him down lanes and through woods to some sheds, immaculate again, and found our prize. Over the last few days, after a chance conversation by June (my sister-in-law) while away on holiday, it had come to light Roger had some boxwood for sale and we did a deal. A couple of photos and a few emails later we had bought it. The boxwood had been stored in the shed for years after he had acquired it from a flute maker who had moved to America. Although Roger had ideas for it he had not had the time. As well as his Antiques business he is an accomplished cabinet maker and has recently been working on a project involving designers and amputees and an exhibition opens at the Glasgow School of Art on Saturday.

One of Rogers lads had come along and we formed a chain loading up the back of the pick-up. Job done we were on the road again.  Fuel for the pick-up, fuel for us and up to Alness for a quick catch up with family. Back on the road, enjoying the beautiful autumn foliage, but the weather filling in a bit as we got further north. A very dramatic, stormy look from the Dornoch bridge and before we realized the Caithness windfarm came into sight and we were back to the ferry. 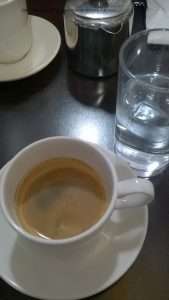 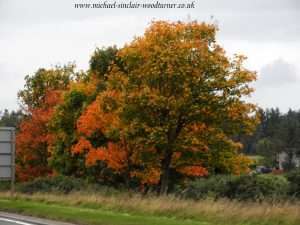 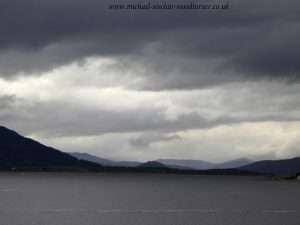 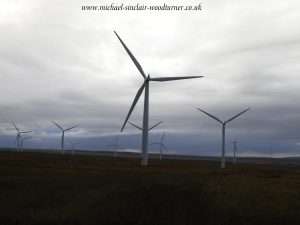 After a G&T and a good sleep we spent this morning unloading the boxwood, still with big smiles on our faces. Thanks to everyone. 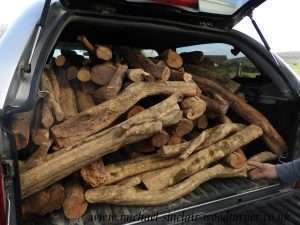 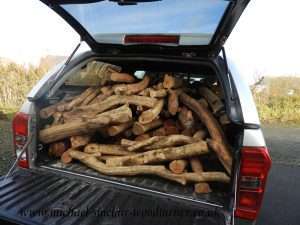