We don’t just have an abundance of trees up here in Orkney. Apparently the Islands had large forests on them at one time but timber was a useful commodity and they soon disappeared. There has been a lot of tree planting going on lately with willow shelter belts to try and protect the young trees from the winds we get until they can get established, unfortunately not in our lifetime. We have done the same here in our little acre plot and have oak, beech, white beam, rowan, silver birch, copper beech, hazel and many more, but again they are just little 🌳.

Earlier in the year a friend gave us a shout as they had a tree  that was very unsteady. They live in a beautiful old house with an area of trees around it, mostly sycamores. In Kirkwall and near to any old properties there are often sycamore trees. They do well up here, not necessarily growing very tall, but often with a good girth. The tree was rotten at the base and was hollow on one side, not good for the tree but great for a hen pheasant who decided to use it as a nest. Tree surgery on hold for the beginning of the summer to leave the little pheasant family to do their thing. 🐣

Later in the summer, before any winds would hit we loaded up the chainsaw and gear and off we went to do a bit of lumberjacking. Now on close inspection and the tree in full leaf it was an ash tree, fantastic. 😁It wasn’t the biggest of trees so when I say lumberjacking I maybe exaggerating a little bit 😜, anyhow Michael soon had it down and began to cut it up. He cut the trunk up into manageable pieces for us to pull out of where they were using ropes and cut branch wood down into manageable sizes for firewood for the guys who lived there.

Michael had a few blanks to turn. The timber was beautiful with its dark heart wood. Some pieces were given to the family and a few pieces went into the gallery and the stump is sprouting again. A win win situation 🏆🏅 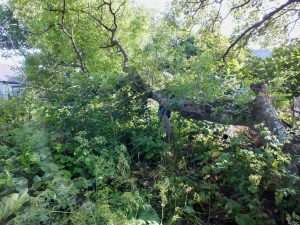 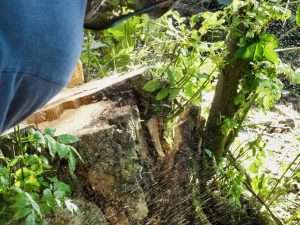 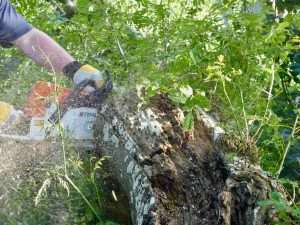 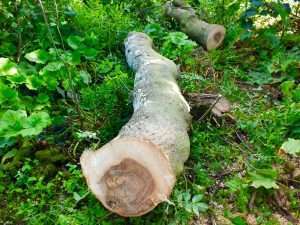 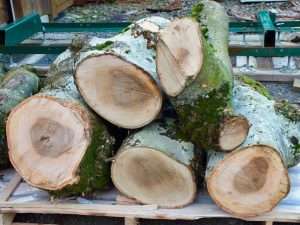 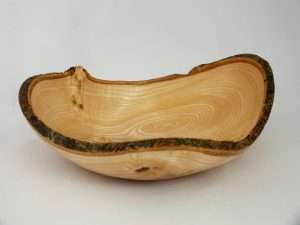 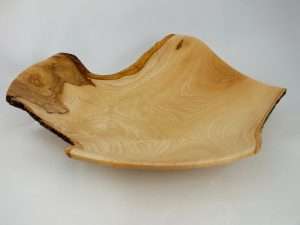 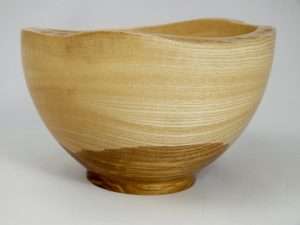 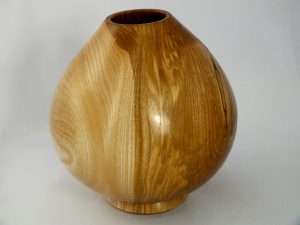