What a beautiful day yesterday.☀️ It had been a crisp moon lit night 🌙💫with low lying pockets of mist and a hint of frost in some sheltered areas. Not a breath of wind which is always a bonus here. 💨

We had arranged for a friend of ours to come and do some filming of the sawmill for our promotional video and the weather was to be on our side. Sean arrived (Sean Lewis owner of Magnetic North Films)📽, we fed him, always a good start then headed outside. We had an oak log on the rails ready so Michael began to do his thing adding a bit of pointing and expressions when prompted, he was so out of his comfort zone and I tried to keep a serious look while I ‘papped’ the ‘papper’ 🤔, not easy.🙄

I disappeared for a while, leaving them with a cuppa☕️, to deal with some customers . When I returned the job was nearly done and there were no tears. Also as a bonus I had sold two pieces from the gallery .

The oak had a bit of a split in it but also had a beautiful burr and some fantastic paw markings and the sun was still shinning. 😎 Sean was packing up his gear ready to head off to his next appointment and the local landscaper was pulling into the yard with some small sycamore logs on his pickup. Think we’ll call this a successful day.👍. 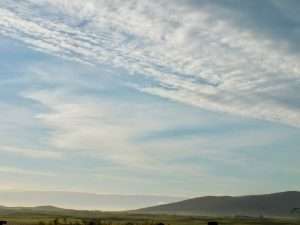 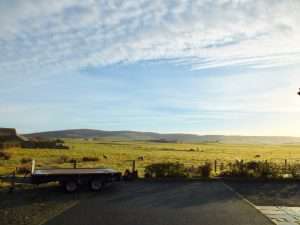