A bowl turned from Orkney sycamore and decorated in Neolithic Unstan ware style. Neolithic pottery and stone carvings have been a great inspiration to Michael and his range of pieces inspired by these finds has developed and expanded. As well as decorating this bowl with pyrographed geometric shapes influenced by designs seen on the Neolithic pieces, it has also been coloured with hematite again used by people in ancient times. Hand carved slits are then used to hold hemp wrapped around the rim. The bowl is finished with several coats of Danish oil. This piece is 110mm x 220mm dia. 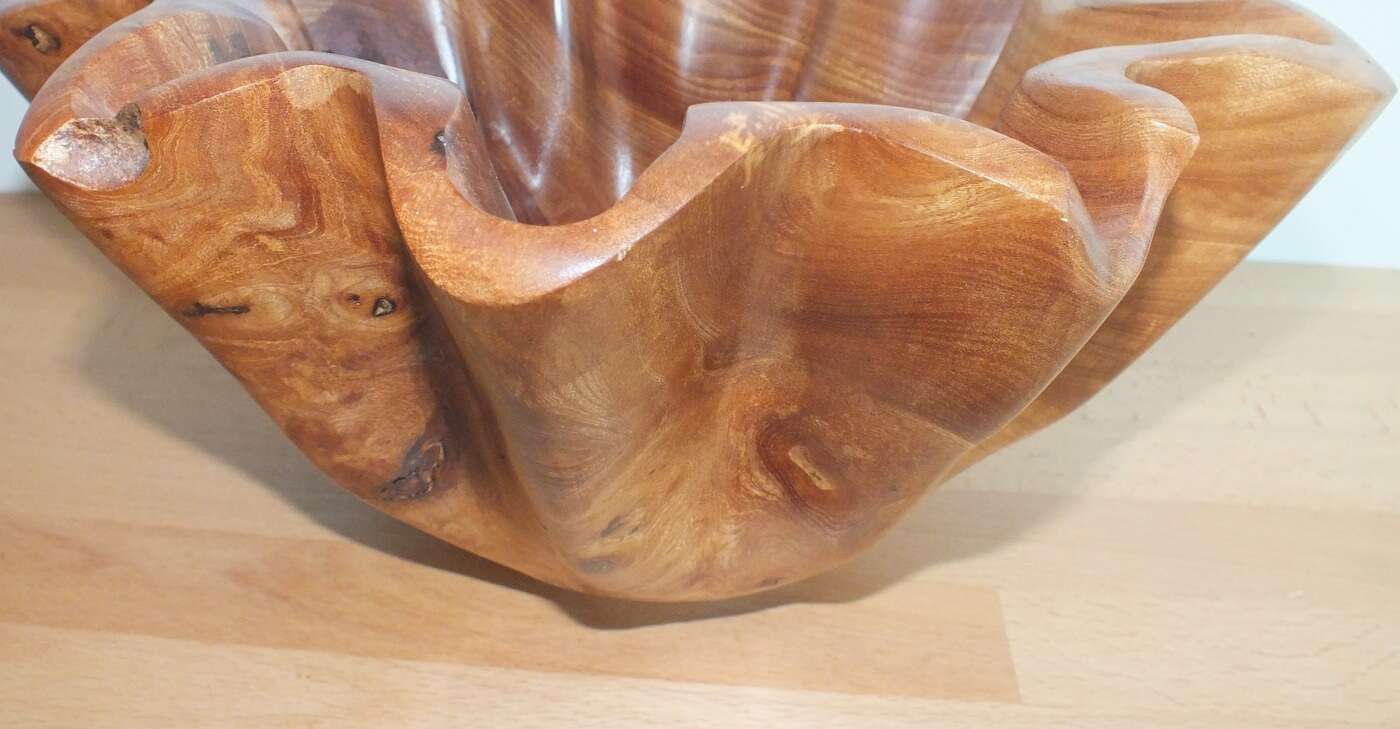